I’ve been DJing in clubs since 1992 (with a 7 year break between 1998 and 2005 except for the odd Le Club reunion and Redroom set). My teacher and mentor was Andrew Wood (Scants & Heaven) who was also responsible for mixing the popular HIGH ENERGY 2LP releases in the mid to late 80s in South Africa. We worked together at BANGS! (ex Heaven which eventually became THE DOORS) in December 1989 where I was hired to work the lights after opening night after I barged into the  DJ box and managed to get them all working again. I was all of 16 years old. 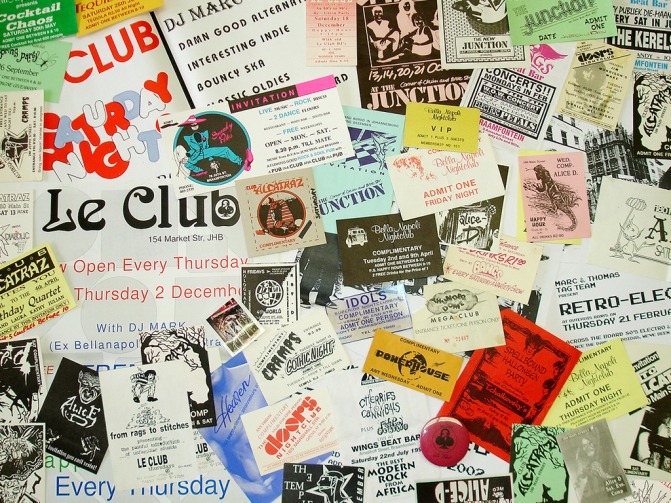 In Oct 2005 I started/ran/DJed at Cellardoor with Martin Thomas. Sold the rights in June 2007.

2.5 years of Cellardoor flyers all hand drawn by Fiona O’Connor

REFORM! started in Nov 2009 with Charles Leonard. It’s a regular party at KITCHENERS in Braamfontein where we play a 6-decade spanning selection of soul*raregroove*girlgroups*townshipjive*reggae*swingjazz*nigeria70s*vintagedisco*newwave*springbokradiohits*indie

LINKS TO MIXES AND MUSIC

All my CD compilations are listed HERE

After years of paying my dues carrying crates of vinyl and CDs around, I currently DJ off iPad using the ALGORIDDIM app with the GRIFFIN splitter cable. All vinyl is ripped using STANTON T.60 turntable through an *ION pre-amp and cleaned/converted to 320K MP3 in Sony Sound Forge.

Aerial7 Royale Absolute are my headphones of choice.