A crowd-funded indie film that I’m part of (in a very small way) is in post-production. It’s called ZERO CHARISMA and is a comedy about a group of Dungeons & Dragons players and other comic book/store nutters. Anyone involved in roleplaying or comics will instantly get this film. The film makers say it will be ready for the upcoming indie film festival circuit where hopefully it will be well received.

When I saw the promo trailer they shot, I knew I had to get involved. It reminded me a bit of the first CLERKS film. The D&D association was not a factor. I played it briefly in the 90s, but we had terrible DM and I quit after we ended up in the Simpson’s world. I prefered MAGIC the Gathering.

My involvement in the film was a contribution of about $40 (times that by 8.5 for South African currency) for which I got a signed page of the script and will still receive a copy of the DVD as well as producer credit. 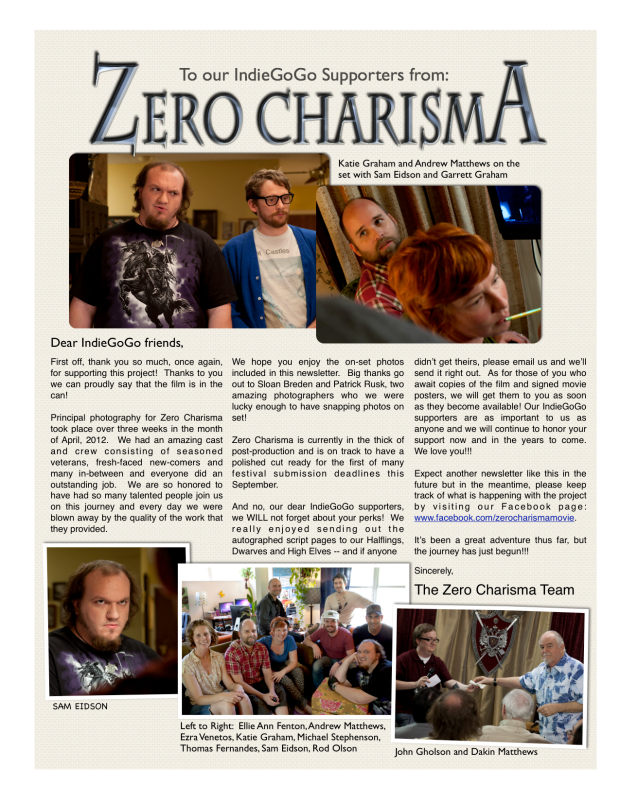