I’ve taken all my best tracks from 2013 and put together three DJ mixes. The first two, COMEDOWN and INDIE, are below (follow the links)

I’ll post details of the third mix after it’s aired on 5FM’s Ultimix@6. Based on the decent feedback from last years 2012 BLEEPMIX, I decided to do another all-dance mix. This is my favourite one yet and features Yo Grapes (Desmond & the Tutus side project), Hello Phones, Miss Kitten, Caribou, Baio (Vampire Weekend side project) and Marnie (singer from Ladytron’s new project) 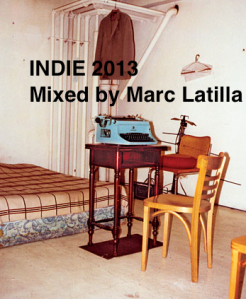 Streaming is via http://www.mixcloud.com. The mp3 version has the tracklisting in the lyrics tab.

I’ve put loads of mixes up on Mixcloud for streaming. Some are promo mixes for REFORM!and other nights and some are actual sets recorded live from the mixing desk on various party nights. There are also some early ULTIMIX@6 sets as well as a 30 minute edit of my INDIEBLEEP compilation as played on 5FM. Some can be downloaded by following the mediafire link (but not all).

I also recently started a new music discovery blog called THREE SONG TUESDAY where I post three songs a week. Check out and/or follow the blog here or the facebook group here.